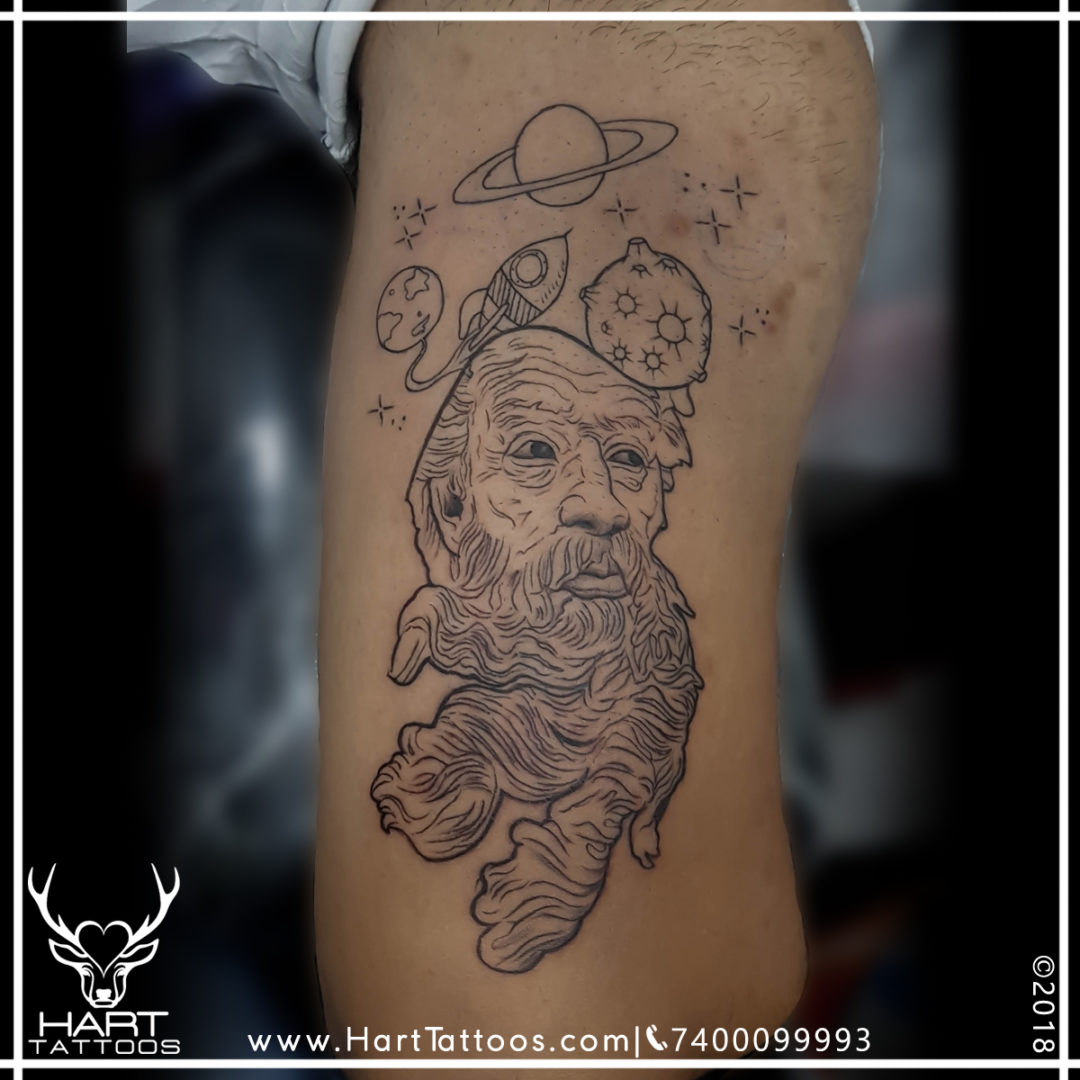 This is Arnav! Similarly, A name which means “Ocean” and “Universe”.
The client had a rough idea about this concept which he explained to us ‘planets coming out of the head’. Hence,
the idea and incorporated “Poseidon” who is according to Greek mythology is a god of the sea. And a space ship waving off the earth deep into the universe. Also tried doing Just the line-work with this unique face as we get into the stencil form and just a bit of shading to enhance the effect of eyes.