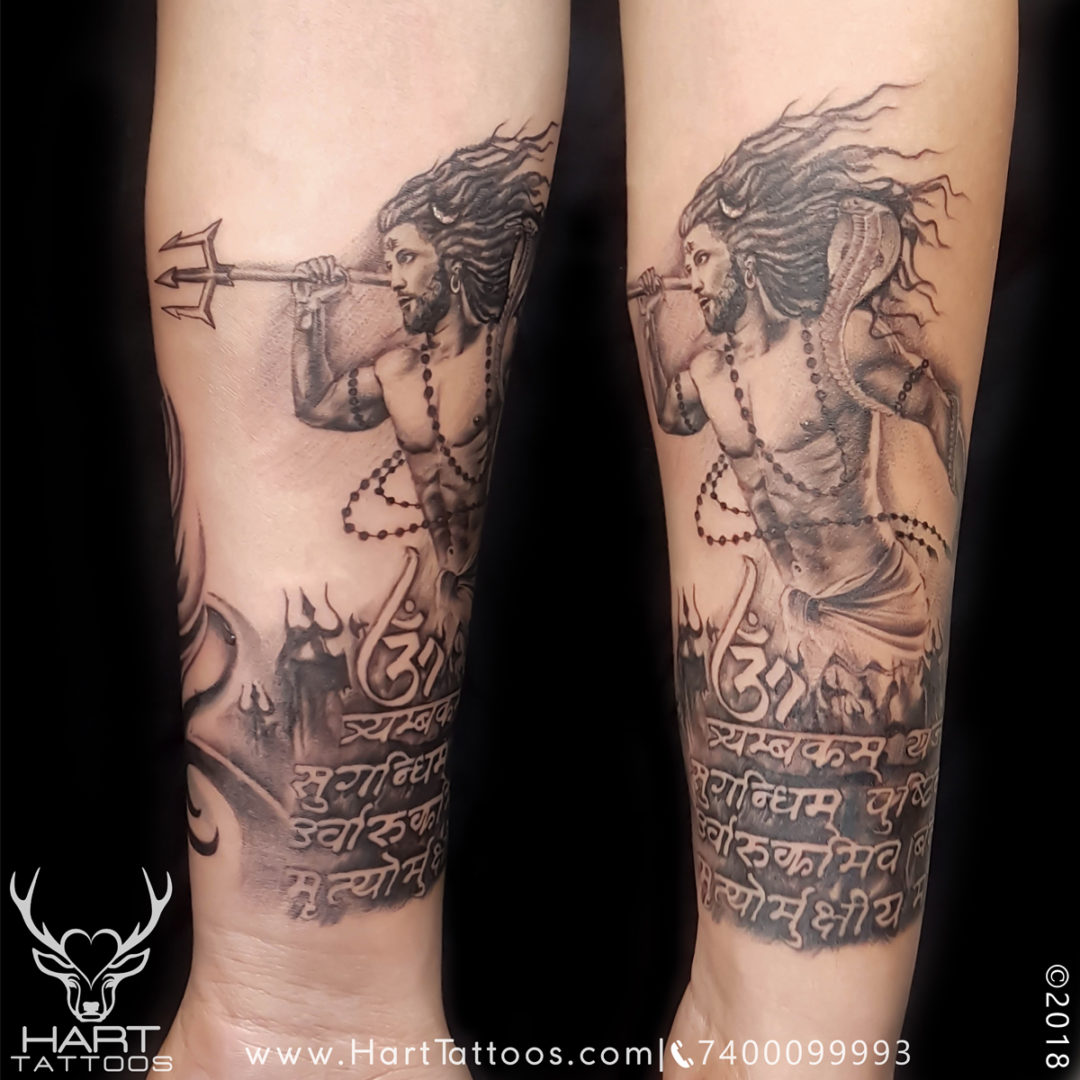 Lord Shiva or as we can say, God of the Gods, is the mightiest and the most powerful God according to Indian Mythology,

The creator of anything and everything as we know or have seen or have heard of in this universe.

“Na Tasya Pratima Asti” meaning “There is no Image of Him”. However from Human Intellect as we know of The Mighty God Shiva and his Human form,

Most of the Lord Shiva Tattoos are conceptualized in his “Rudra avatar” “aggressive” “warrior” “Tandav- dancing” or in extremely “calm” forms.

As you can see in the Image this Concept was designed by our top tattoo artist ” Aditya Panchu” and is a complete Lord Shiva forearm tattoo piece in a warzone along with Maha Mritunjay mantra Tattoo, being a cover up tattoo was executed in a collab by Upen and Aditya together. Its one of the good tattoo designs for men, Trishul tattoo design, forearm tattoo for men, god tattoo design and was done at the best tattoo studio in india.